Safety should always be a priority in a manufacturing environment. But using automation in an efficient way can increase the effectiveness of safety protocols already in place. When a robot takes on task it moves the worker into a role that oversees operations. Having a worker go from active participant to a supervisory role insures a greater level of safety for that worker.

Workers in an automated manufacturing setting are not less productive. In fact, they are more productive because they have helpers built into their work process, thanks to automation. Automation in manufacturing increases production rate so there is greater output per hour of labor input. Whether it is an automated process via computer technology, a robot or a cobot, workers will have more output as a result of automated processes because they can focus on maximizing efficiency of the process rather than handling all of the actual manufacturing process in their work area. 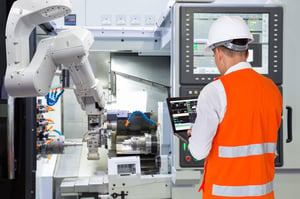 We already know that automation in manufacturing may include robots and cobots. When using robotics, difficult repetitive tasks can be streamlined and accomplished quickly and efficiently. This leaves humans to accomplish more complicated tasks that require a greater emphasis on skills rather than physical actions. The partnership between robots and humans can make this possible.

Routine and boring tasks can negatively impact worker conditions. Automating those tasks improves the general level of working conditions for the average worker who previously had to perform tasks that were repetitive and mundane as part of their job duties. Those workers can be trained to take on more complicated tasks and learn new skills that can positively impact their work life as well as operations. 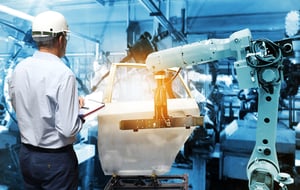