By Water Analytics for Radwell International 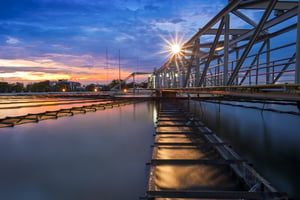 Jet Wastewater Treatment Solutions manufactures package plants for locations across the globe. They design systems that are easy to use and maintain as they are found in every possible location from U.S. housing developments to African villages.

In 1955 Jet made the country’s first residential aerated wastewater treatment systems. The company’s BAT (biologically accelerated treatment) media can nitrify more quickly than much larger waste activated sludge plants. Its small systems are not only inexpensive to build; they are also very inexpensive to operate, as they require less maintenance than competing systems.

Because Jet built its reputation on systems that are easy to operate, it is of central importance to have controls over its systems to be easy to set, easy to use and easy to maintain. The SCADA or PLC systems used in most package treatment systems are far too expensive and complicated to be considered. The company searched for a solution that would provide remote monitoring and control at a fraction of the price of a system based on PLC’s. 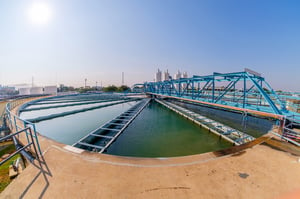 Two of two Jet’s most ambitious international projects are the large-scale commercial developments near Nariobi, Kenya. Both are centered on super malls. Hub Karen is Nairobi’s second biggest development and is targeted toward affluent Kenyans. Twin Rivers is the largest commercial development project in East Africa. Both developers specified a local wastewater treatment plant. Largely based on Jet’s record of building treatment centers for all of the US embassies in Africa both developers independently chose Jet for the design and building of local treatment plants.

Jet’s designs have provisions for measuring pH, ORP, dissolved oxygen, turbidity and flow. Previously its engineers specified controllers by the two largest instrumentation manufacturers. However neither offered remote monitoring and control without feeding the signals from the controllers to a SCADA system. The cost of a basic SCADA would have added at least $20,000 to the cost of the system. Furthermore the technical skill set needed to operate a SCADA was in short supply amongst local workers. 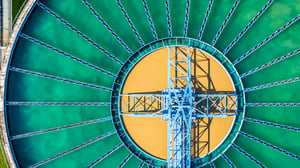 Gary Waite, Director of International Sales for Jet, searched for a controller that offered remote control, was inexpensive and easy to operate by workers with only basic skills. Solution Gary’s search led him to Water Analytics, manufacturers of AquaMetrix sensors and controllers. The 2300 controller provided the solution for a low-cost controller that could be remotely configured, operated and monitored. Moreover one controller can connect up to 8 analog (4-20 mA output) sensors and 3 flow (pulse output) sensors. Data logging was a bonus feature that eliminated the need to buy additional equipment.

Each AquaMetrix 2300 controller connects to 5 sensors or inputs:

As of this date one 2300 controller and its five sensors monitor the Hub Karen MBBR. Four such systems will monitor the four MBBRs of the Twin Rivers treatment system. It went online in April, 2016. All four 2300’s tie into the complex’s Building Automation System. Two lift stations will convey wastewater to the plant and will require two additional 2300’s with flow meters on each. Gary found that the installation, set-up, calibration and operation of the 2300 controller system to be very intuitive.