Industry 4.0 and Industry 5.0: The Evolution of Manufacturing 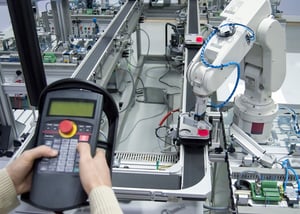 As technology continues to grow and expand, so does the Industrial Revolution. There are four established stages as of now, with a fifth beginning to take shape. It started with the first stage of mechanized production. During this stage, water wheels and steam engines were created, and manufacturing moved from manpower to machine power. The second stage was mass production. A major technological advancement was achieved in the form of electricity. This technological advancement allowed for the creation of assembly lines. The third stage was the Digital Revolution. Analogue electronics and mechanical devices were expanded into digital technology such as personal computers, the Internet, and information and communications technology.

With each stage expanding and growing on its predecessor, the fourth stage, Industry 4.0 was no different. Making use of smart technology, Industry 4.0 created a manufacturing system where machines can govern themselves through interconnectivity, machine learning, and real time data. This was all thanks to components such as the Industrial Internet of Things, location detection sensors, and advanced HMIs. Machines can now sense, scan, and retain information.

The main goal of Industry 4.0 was to make factories more connected. To achieve, four principles had to be established. The first principle is interconnection. Interconnection means machines, sensors, and devices connect and communicate with people via the Industrial Internet of Things. Next is information transparency. Information transparency requires a system capable of providing operators with comprehensive information to inform decisions. Another design principle is technical assistance. Technical assistance means a system must assist humans in decision-making and problem-solving and help with difficult or unsafe tasks. Lastly is decentralized decisions. Decentralized decisions are the ability of cyber physical systems to make decisions on their own and to perform tasks as autonomously as possible. With these four principles, Industry 4.0 was created.

Though Industry 4.0 has provided manufacturing companies an easier process, the biggest concern is always the possibility of eliminating most human labor and becoming reliant on robots. Because of this, Industry 5.0 is starting to take shape. Though it has not supplanted Industry 4.0 and has yet to be fully developed, Industry 5.0 is said to be the phase of industrialization in which the production model focuses on humans, robots, and smart machines working alongside each other productively, safely and efficiently.

Industry 5.0’s stronger focus on a collaborative approach between humans and robots is what separates Industry 5.0 from Industry 4.0. Instead of restricting human tasks and relying too much on robotics, Industry 5.0 strives to combine humans and computerization. There are two essential principles that Industry 5.0 follows. The first is not to get rid of human workers, but to support them. The second principle is to find a perfect balance between efficiency and productivity.

One of the main components that will see Industry 5.0 achieve its main purpose, is the new and highly intelligent robots, known as cobots. Cobots or collaborative robots, are robots with the specific design purpose to work side by side with human operators to achieve a common goal. Some cobots can work in the same workspace with humans and perform different tasks within the same process. Others can work alongside a human, with both humans and cobots working on a different product at the same time. Some can even work on tasks that are determined based upon the actions of the human operator. The idea and possibility of cobots exhibits the fundamental principle of Industry 5.0: focus on the results that humans and machines can achieve together and allow machines to assist human workers. 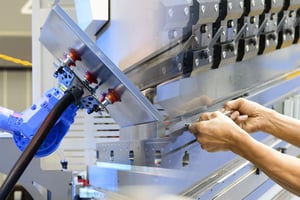 Industry 4.0 and Industry 5.0 are not far off from one another. Because of this, some debate that Industry 5.0 is not a stage itself but just a part of Industry 4.0. But Industry 5.0 IS its own stage and is only beginning to evolve. As in every stage of the Industrial Revolution, the stages take from one another and expand upon the previous stage. Industry 5.0 still has everything that Industry 4.0 has such as connectivity, robots, Industrial Internet of Things, and cloud computing. But where Industry 4.0 focused on connecting all of these together, Industry 5.0 will take all these things and focus on how it can be combined to assist human workers, not supplant them. The best balance is to allow robots to take on more strenuous or dangerous tasks and have humans focus on more important, cognitive tasks.

With both Industry 4.0 and Industry 5.0, manufacturing is heading in a positive direction. Of all the industries in the world making use of growing technology, industrial manufacturing is at the top. Automation is becoming easier to achieve and at the same time, human labor is becoming smarter as humans learn to work alongside robots. Industry 4.0 has been a huge step in growing the manufacturing world. It has allowed factories to connect in unimaginable ways. Soon it will be time for industry 5.0 to take over.

For a behind the scenes look at Radwell International