Original equipment effectiveness (OEE) can be used as a gauge to determine how effective and productive a manufacturing plant is. 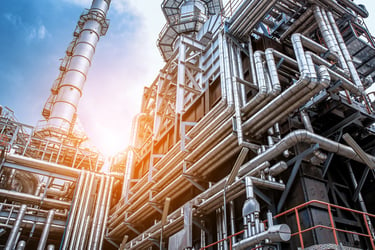 The definition of Overall equipment effectiveness (OEE) is the percentage of manufacturing time that is productive. It is composed of three parts:

Quality – The percentage of good parts being produced. Parts being reworked are counted as defects.

OEE considers losses from all these factors, producing a percentage that represents the good parts being produced at the required rate with no downtime. A perfect OEE score is 100%.

The basic numbers used to calculate the score also are easy to obtain from the controls of the system. Uptime and downtime also can be determined by whether the machine is running or not. Simple time totalization monitors the overall state of the process.

An ideal rate can be used to determine the speed of the process when running optimally. This also may have been recorded in the original specifications for the machinery. Motor and actuator speeds play a major part in this calculation.

Good and bad parts may be the easiest to calculate. Counting parts at a reject station and comparing them to the final produced parts produces the ratio.

Manufacturers consider an OEE score of 85% or above to be almost as good as it gets for discrete products. Typical manufacturers only have an OEE of 60%. It is easy to see how a manufacturer with an already high or improving OEE might congratulate themselves for their success.

Many machines include OEE calculations in their basic controls packages. But, how do you know if it is accurate?

Your calculations can only be as accurate as the information that feeds them. Fault time totalization for each cause, information on whether a system is being starved (no product in) or blocked (product cannot exit), and separation of causes into machine component problems and operator problems go a long way towards analyzing a system, making a decision, and proposing an improvement.

Is a number that represents your OEE enough? Only an examination of the data and applying it to an improvement action will tell you.

Is this kind of information available to you? Is it presented in a relevant and easy to understand way? If so, your company is ahead of the curve and well on the way to OEE improvement.