Robotics and AI Create Safety and Increased Productivity in the Workplace

As the world progresses further in advancements in technological fields, the ways that we are being productive are changing. Changing for the better, in fact, since production with the use of robots is at its highest ever. With our recent struggle with the pandemic, the need for automation has never been higher. With this increase in AI and robot usage, we could see increased production in just about every industry, some even amid current labor shortages.

Robots and artificial intelligence in the workplace are generally thought of in two different ways, one of which being that production increases greatly, while on the other hand they are thought to replace human jobs. However, there are ways to incorporate both human functions as well as robotic functions. First, let’s note the benefits of using robots and AI in the workplace: 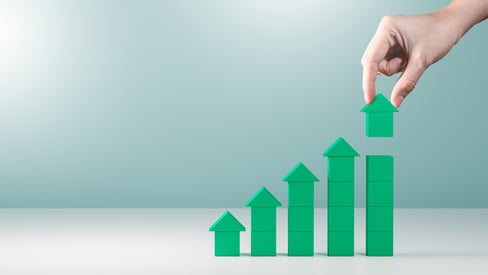 According to Manufacturing Tomorrow, 54% of businesses believe that the new trend of automation has had a positive impact on warehouse and manufacturing employees. This percentage can be viewed as particularly impressive since usually new-age technology is not necessarily accepted by workers right away. This is because removing aspects of their occupation could be viewed as gearing up to replace them. However, the same publication also states that 49% report that repetitive and strenuous manual work has been eliminated to an extent from the use of robots and AI. Working alongside robots and AI is a great way to boost productivity, even though some on the surface could appear as their job is at risk.

To expand upon the benefits mentioned earlier, the flexibility gained from using robots and AI is that automation allows for time to spend being more productive. In other words, instead of manually packaging items to ship out, it is now possible to multi-task and complete other jobs while those monotonous tasks, like packing boxes, are removed from the task list. Today social distance is a coveted concept in the workplace and, if it is possible, companies would prefer this in order to keep employees safe and avoid production lapses. These production lapses, due to covid-19, are the very reason that the global supply chain is how it stands currently. As mentioned earlier, the removal of tedious tasks is a crucial capability for high-level production when it comes to using AI and robots. These tasks can include walking to the other end of the warehouse to retrieve something, or manually packing items. There are several other ways that robots can help us when it comes to achieving high-level production. This is especially true with the warehouse aspect of business, since these operations can be large scale. Automation can be a key aspect of streamlining production.

For companies that have not had the opportunity to implement these systems of automation, there is no need to worry. Since the ease of implementing this technology is one of its largest benefits. If affordability is not an issue, the mapping of these technologies is simple, and each unit will be able to meet its destination quickly. The capability of scaling up production with these robots and AI is great for meeting quotas for peak hour production which in turn creates less room for disruption.

To learn more about how Radwell can help your operation