The History of AI in Manufacturing

By Julie Basello and Shannon Feeley

AI, or artificial intelligence, is a science of programming computers to have the ability to make human decisions. AI basically simulates human intelligence. It can be used in a wide range of scenarios. The manufacturing industry uses AI to help with productivity and it can be used on tasks as small as talking to Siri on an iPhone.

What are the three types of AI?

There are three general categories of AI. There is Weak AI which is also called Artificial Narrow Intelligence. Weak AI focuses on one task. It isn’t fully capable of mimicking human behavior but can simulate it. As of now, weak AI is the only type to exist out of the three. With that being said, this type of AI is able to do a lot for different industries and even for daily life.

The next type is strong AI, or artificial general intelligence. This type is a more complex version and is not even in existence yet. This version would actually be able to think like humans. Everything that humans can do, strong AI, in theory, would be able to do. This version is still a just a theory because machines don’t have a conscious.

There is a category that goes even further. This is the more fictionalized version of AI that would be seen in movies. This is called Artificial Superintelligence. This concept is that AI would be able to develop beliefs and understanding of human nature. This is where some people see an ethical issue in AI. If AI is able to one day exceed human knowledge, many are worried about the loss of jobs because there won’t be need for human assistance. AI is still in the weak category of the three types. It is simply a tool to help humans in the efficiency and optimization of work. 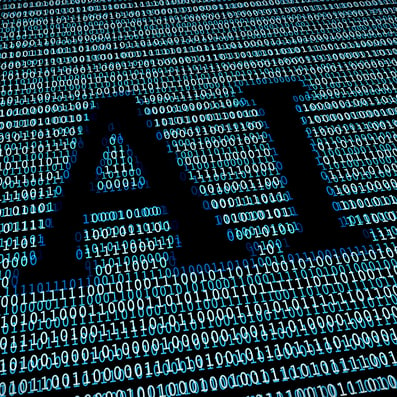 Let’s go back to the beginning of Artificial Intelligence. Alan Turing is credited to be the first to think of the concept of AI in 1950. He created the Turing test in hopes to find out if machines can think. The ultimate goal was to see if computers were able to think like humans, or at least get the same results.

A big part of AI’s history actually has a lot to do with chess. Claude Shannon, the father of information theory, is credited to be the first to bring up the idea of computers playing chess in the 1950’s. This was an inspiration for AI because it involves a computer “thinking”.

Following the creating of the first system, scientists were able to program a computer to play checkers and chess. From this came the concept of “Machine learning”. Machine learning occurred when the computer began to play chess better than the man who programmed it. Chess became a staple of AI. Unfortunately, following this progress, artificial intelligence ran into many dead ends heading into the late 60’s which is referred to as “AI Winter”.

In the late 70s manufacturing began to incorporate aspects of AI into the industry despite the little growth that happened during this period. For example, SCARA, an assembly line robotic arm, was developed in 1978 and was utilized in manufacturing. Yet there was little significant progress in AI until the late 1990s.

In 1997, a computer was able to beat the chess world champion. This ended the “AI Winter” and since then, AI has made steady improvements. Since the growth of AI, manufacturing has been finding new ways to help with optimization.

AI in the Manufacturing Industry 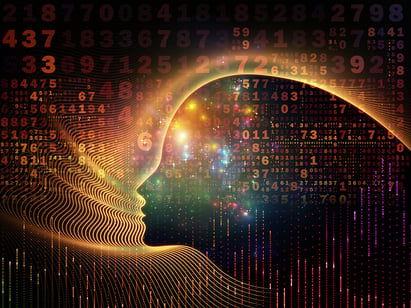 AI is used in many industries and helps with efficiency of a company. Manufacturing, healthcare, and finance are just a few that have been able to utilize AI. Manufacturing uses robot assistance to help out their efficiency. Healthcare has been using AI to assist with surgeries, record keeping, and cost reduction. Finance has been able to use algorithms to assist with stock decisions and portfolio managing.

Using AI in manufacturing benefits the industry in a lot of ways. Utilizing it in certain areas helps to optimize operations and increase efficiency and productivity within a manufacturing company. Machine learning is able to predict machine failure and maintenance. These predictive features reduce machine downtime and result is a significant amount lower losses. Not only does this data allow for that, but it assists in the management of supply chains, risk, sales volume, and quality of products.

Digital twins are very beneficial when bringing AI into manufacturing. Digital twins allow the building of a product or equipment in a virtual environment. This allows it to be perfected without the cost and time it would take to building a physical version of it. Once it is virtually perfected, manufacturers can then go and make the physical version with less room for error.

AI is quickly growing and becoming more accessible to different industries. Manufacturing in particular has been able to utilize the help of AI to maximize operational efforts and results. From the development of AI in the 1950’s, to the use of AI in modern practical applications, it has grown from a concept into a necessary part of efficiency and productivity in manufacturing today.