Upcoming Trends in Automation: Looking Towards the Future

In today’s society there aren’t many places to go to escape technology. It is a never-ending evolution. The sooner technology is embraced, the sooner it will benefit the world. This is evident in how technological advancements have changed businesses operations. 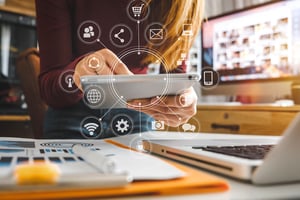 With technology comes digitalization and with digitalization comes the ability to convert information into digital form. This ability has allowed businesses to increase efficiency, reduce operational cost, and eliminate human error. One example of a benefit is businesses can now keep important information on digital files instead of paper files. A computer with named files neatly organized to a specific format allows easier access compared to opening a file cabinet and shuffling through hundreds of manila folders.

With easier communication and more accessibility, businesses have been able to expand and develop relationships across the globe. Companies can now have multiple locations in multiple states, or even locations in other countries. A sales person working for Radwell in Willingboro, NJ can call or email a salesperson at Radwell Indiana all with a click of a button. This allows companies to stay in touch and keep up to date with company protocols. 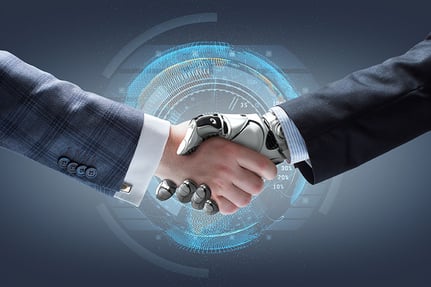 Artificial Intelligence is slowly taking over the world. Cell phones are in pockets, Alexa is in homes, and robotics are at work. Smart phones have given humans the ability to explore the internet, play a videogame, send emails, or make a phone call all on one device. Alexa can turn off lights or change the temperature in a home, through simple spoken commands. Robots are placed on assembly lines to aid the creation of products. All these examples show how helpful and useful AI is to the human world. However, there is an argument from some that there is a negative side.

The biggest negative aspect about AI is the belief that it is taking jobs away from humans. For humans who make that argument, they do have a legitimate reason to believe this. It is hard to argue that there isn’t more AI in the workplace then ever before. There isn’t a company today that wouldn’t have a computer somewhere in their offices. The only thing that can counteract this argument is the truth that AI still requires the assistance of humans.

Yes, AI can perform job duties that might have been for a human. But companies still need the humans to operate the system. Alexa won’t tell you the temperature of the room without the human asking it a question. Everything an AI does is at the command of a human. For every job an AI takes, a new job is made for a human. 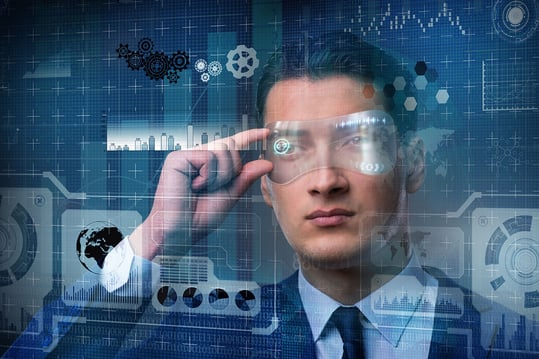 Augmented Reality is another form of technology coming to the forefront to aid automation and businesses. Often it is confused with virtual reality but the two do have their differences. Virtual reality places you into a simulation of a new world. Augmented reality transforms a physical environment into a captive and interactive virtual world.

Social media platforms are starting to embrace AR. Snapchat and Instagram use AR for its users to have more fun then just taking regular photos. The appearance of the environment or even their own looks can be altered through lenses and filters provided by AR. Another example of an app embracing AR is Google Earth. With just a phone or a tablet, the ability to go onto any street in the world and get a first-hand view is now possible. More and more apps are starting to integrate AR to give the users a closer first-hand view.

AR isn’t just being used for fun. Businesses are starting to take advantage of it as well. Retail stores embrace AR technology for their online websites. It gives the buyer a more personal online buying experience. Without going to the stores, AR has helped customers feel as if they are in the actual stores while shopping online. Companies like Nike have allowed their products to be completely customized by the buyers.

AR could be used for Companies to not only assist their customers but to assist their employees. If a company hires a new employee and wants to put them through a trial period before they start work, AR can provide that. Through a tablet or glasses, the new hire can get a first-hand view of what goes on and how things operate. Assembling a part can be made easier by the instructions being placed on the tablet or glasses. Instead of flipping through out of date PDFs, up-to-date instruction can be placed on the glasses or tablet that give the employee a direct view of the instructions, while assembling the part.

Augmented Reality might be one of the more advanced forms of technology aiding businesses around the world. Still in early stages of development, AR has a promising future.

The future of technology goes hand in hand with the future of automation. The two live side by side as do all the topics stated above. Digitalization, Artificial Intelligence, and Augmented Reality don’t exist without each other. Augmented Reality is impossible without Artificial Intelligence such as a tablet or glasses. Digitalization, without computers, has no way to transform the information into digital form.

All these are benefits. They are nothing to be afraid of, particularly in Automation, but that goes for any business industry. Technology makes things easier for humans. Why not take advantage of it? Having a human program a robot to operate an assembly line makes things run more smoothly and more accurately. The future of automation is as bright as the future of technology. The more technology progresses the more automation will progress.

For more information about Radwell International