What is a Temperature Controller?

What is a temperature controller? 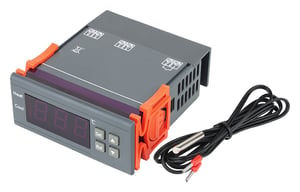 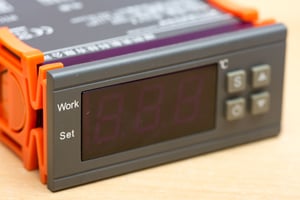 On/off controllers are in a constant state of being either on or off to maintain the temperature or regain the desired temperature. Proportional temperature controllers were designed with the thought to eliminate that constant cycle. A proportional controller is never just on or off. Instead it is tuned to match the characteristics of the process, which can be difficult in some cases. This has the affect of allowing the heater or cooler to not overshoot the desired temperature, but to maintain it. However, having to adjust and tune the characteristics can be difficult. But once tuned correctly, a much more stable control will come about compared to the on/off controller.

Lastly, the PID temperature controller is one that took the idea of a proportional controller and expanded upon it. P standing for proportional, I standing for integral, and D standing for derivative. Proportional compensates for the variance between the setpoint and the current process temperature. Integral is the previous variance from the setpoint. Derivative is the predicted future of variance based on previous and current variance. These three values must be individually adjusted or ‘tuned’ using trial and error. After trial and error is successful, the PID system will provide the most accurate and stable control of all three. If the system is known for consistent temperature change the PID will be the best option, due to the ability to automatically tune themselves with low supervision.