What is the Difference Between AC and DC? 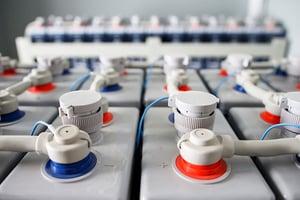 What is the difference between AC and DC?

There are two types of electrical currents; direct currents and alternating currents. These are the two-ways electricity flows and is simply the movement of electrons through a conductor. The Direct current was first brought to us by Thomas Edison in the 1800s.  Following, the next type of electrical currents to emerge was alternating currents. During the beginning of this “War of The Currents”, Thomas Edison and Nikola Tesla were in a bitter rivalry. Edison was certain that Tesla’s AC was too dangerous compared to his DC. Edison now had to compete with a new alternative electrical power system brought by Tesla’s patent and the production from the George Westinghouse Company.

What is an Alternating Current (AC)?

Alternating currents can travel back and forth and not merely in a single direction while repeating throughout a cycle. This is the method by which businesses and homeowners receive their electricity. AC power is cheaper then DC power, since it’s easy to increase and decrease the power without wasting any. Commonly, these household currents have a frequency of approximately 60 hertz while in some other countries it is 50 hertz. The frequency is determined by the number of times the current switches direction within 60 seconds. The most common waveform from an AC circuit is a sine wave which allows for the best energy transmission.

What is a Direct Current (DC)? 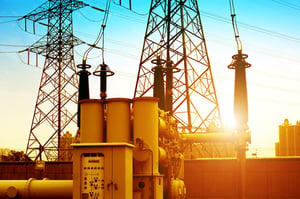 The direct current has an electrical charge that only moves in one direction in a constant voltage. Electrons in the DC circuit, travel from negative poles, and move to positive poles. The direct current is a simple form and flows through a circuit using a conductor. This circuit is formed by bringing together the opposite ends (positive and negative) to the circuits power source. DC was affected when alternating current emerged since it was no longer feasible to transmit high voltages over long distances.  However, direct current has come a long way since the 1800s. Direct current can now transmit over a longer distance, but commonly needs to be converted to alternating current for its final form. 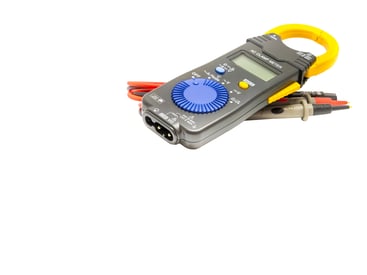 AC currents are frequently used over DC currents as a source of electricity. They can be transmitted long distances as well as easily converted using transformers. Direct current is used to power small devices that are simple to function and remain in either the on or off position. DC has made more of a resurgence with today’s frequent use of electronic devices. There is also more of an awareness of solar alternatives, such as solar cells, that are based on semiconductor substrates (which are powered on DC.) However, AC is still unbeatable when it comes to the voltage and transportation of these currents. In addition, alternating electrical currents result in less power being wasted or lost compared to using a direct current. Cost is another difference between the two currents; AC is more plentiful and therefore less costly. Both AC and DC have different generation methods. DC is generated by a static magnetic field and AC is generated with dynamic magnetic fields.

Overall, AC can travel in more than one direction and has a high magnitude current. DC is unidirectional current with low magnitude. Both currents are respectively bests when used for specific purposes. Therefore, better performance depends upon the circumstances in which each current type is used. While the AC is preferred, there are still ways that the DC has its own significant uses.

For more information about Radwell International