I Give You Permission to Fail 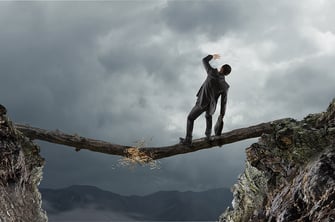 Today’s fast-paced world is a minefield of potential failure. People in all walks of life have a great fear of failure.  If I don’t do this correctly what will I lose? What will happen to me? Will my failure define me?”

Failure is defined as an omission of occurrence or performance. It is falling short of expectations or not being able to perform a duty or expected action. That’s the simple definition. Yet it can mean so much more.

“There is no such thing as failure. Failure is just life trying to move us in another direction.” -Oprah Winfrey

The reality is that everyone, and I do mean everyone, at some point in life will fail. I am not referring to making mistakes or some of the general mishaps 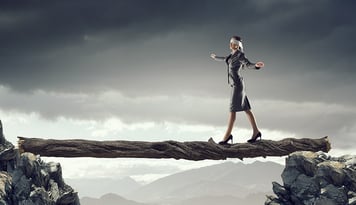 that occur while working in an environment with a lot of activity fueled by many varying personalities. What I am referring to is real failure, grand failure. The kind of failure that makes you question things like your judgement, your skill set, your preparedness, your confidence and your self-worth. This kind of failure is the soul-searching, life-changing kind, where you start to wonder if you are in the right place or if you belong somewhere completely different.

Learning how to fail is an art form. It requires self-examination and humility. Being able to take the reasons why you failed and learn something that helps propel you forward is not an easy thing to master. You must be able to admit where you messed up and not blame anyone else. Then you must pick yourself up, brush yourself off and move forward. That’s a lot to take on. Some people never master this art form and never reach their true potential. But those who do master it find the rewards to be priceless. 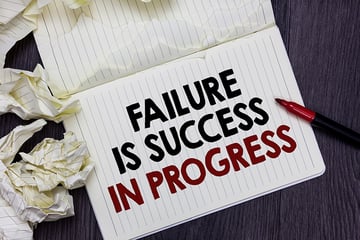 If we do what we can to avoid failure, how does it end up happening? When you fail on a grand scale, it is usually for a variety of reasons. Although the results of failure may be complicated, the reasons are often simple. Perhaps you weren’t prepared. Perhaps you were prepared but did not communicate well to your team. Perhaps you even have the wrong team. If failure affects you, it doesn’t matter who made the failure happen, it matters who is responsible. It also matters what happened and how and why it happened. Once you understand what happened, you can start digging into how and why. Because these things matter in each situation. If you know the answers to these questions, you will learn. Learning means growing. Growing in any role is a fantastic thing. Growing is the bridge between failure and success.

"Everything you want is on the other side of fear."  - Jack Canfield

How can we come away from a massive mistake without fearing failure in the future? Are there ways to learn from failure and still move forward? Yes. In fact, the best way to become a success is to fail on a grand scale. I would even venture to say you really can’t understand true success until you truly experience failure. But what matters most is looking inside yourself during those moments to determine how the answers to those important questions relate directly to you. When you own the answers, you can begin to make changes that bring things full circle.

“Only those who dare to fail greatly can ever achieve greatly.” - Robert F. Kennedy 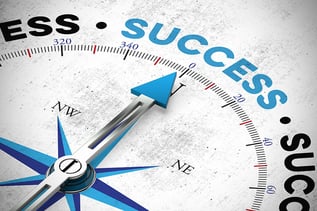 Next time you are wondering how something could have gone so wrong, find the nearest mirror. Get comfortable asking yourself those “who what why how” questions. Be the journalist of your failure. Once you can do that, it will permeate through each day and propel you towards lasting success. Michael Jordan was cut from his high school basketball team.  Walt Disney was fired from a local newspaper, for lacking creativity.  Milton Hershey tried and failed to grow three separate candy-related businesses, only to fall flat on his face.  These people also all experienced massive success stories. But they, along with countless others, gave themselves permission to fail.  They used their failures to propel themselves forward and achieve greatness. I am giving you permission to fail. Use it.  Propel yourself forward.

To Learn More About Radwell's Story