Star Wars and Us: Are We That Far, Far Away?

By Patrick Stewart and Julie Basello

The end of 2019 was big for the beloved Star Wars universe. The introduction to the new fan favorite character baby Yoda started it off while  Throughout this massive universe in a galaxy far, far away everything seemed farfetched from our own technological capabilities. However, in looking beyond the surface, it is becoming evident that the technology seen in Star Wars has become a lot more plausible in recent years.

With the exception to glowing swords that deflect laser beams and humans who can move things with their minds, there is definite similarities between the galaxy far, far away and the modern world. Although current technology isn’t nearly as complex (yet), the similarities are undeniable.

Star Wars Tech vs Our Tech 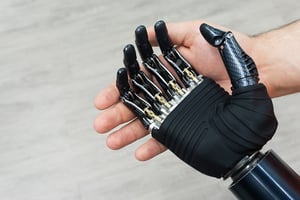 Bionics plays a part in the Star Wars universe as it is starting to in the world of today. Both in the world of the films and in bionics, the goal is to provide an amputee with the ability to regain full range of motion. The main character in Star Wars, Luke Skywalker, loses his arm and is given a new surgically attached bionic arm. This surgically attached arm operates as did his original limb and allows him to continue down his path to become a lightsaber-wielding Jedi. Today many amputees have access to more advanced bionic limbs. In the early stages of bionics, the limbs were attached with limited ability to move extremities. Today bionic limbs have advanced to the point where amputees can regain the ability to flex and turn or lift and grip. A popular bionic prosthetic called the Michelangelo hand features seven grip patterns and the first actuated thumb. Although they are not surgically attached and don’t provide a full range of motion, the progress is a step closer to the appendage Luke Skywalker receives. 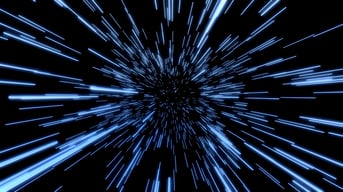 Solar powered technology is starting to become a more influential form of harnessing energy. Solar power first began as attachments on roofs to provide power to buildings and houses to save money. Now companies are starting to make use of them to power vehicles. In Star Wars, you can find solar panels being used for the same purpose. The popular Imperial TIE fighters have a distinct feature: their wings. Made from solar panels, these wings provide the aircraft with large amounts of propulsive energy, as well as powering laser cannons. 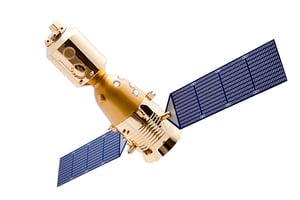 Though the NASA space craft Deep Space 1 was not firing laser cannons, it used the same concept of solar based energy for ion propulsion using solar panels. In addition, vehicles like trains, buses, cars, and even planes are starting to make use of solar energy. Solar Impulse 2 was the first solar powered aircraft to make its way around the world and Solar Spirits are starting to make a splash in racing competitions in Australia. There is no question that the TIE Fighter is an extremely advanced vehicle compared with any of the ones being used in today’s world. However, solar power is just getting started and will surely advance as time goes on.

The technology of today that comes closest to resembling Star Wars technology is the use of robotics. In the Star Wars universe “droids” are used to assist humans. For example, C-3PO, a droid, is used for many varied purposes. These purposes can range from basic physical chores to translating different languages. A comparison with C-3PO can be made with Alexa or our cell-phones. In homes, Alexa is starting to turn off lights, lock doors, power on televisions and turn on music. Cell phones can be used for many tasks and even to translate languages. Though Alexa or cell phones do not have self-awareness as C-3PO does, they both can perform similar functions and provide similar information to humans.

The comparison between Star Wars and current technology might seem a bit farfetched to some. But if one were to go back fifty-years and describe a world where people walk around with a device in their pocket that can make phone calls with one touch, translate languages, and explore a virtual world found only on a computer, its almost certain they would be very skeptical. The technology of today’s world continues to get closer to the technology depicted in Star Wars with every passing year. The reality is we are not far, far away at all.