The Culture of Giving Back: A True Success Story 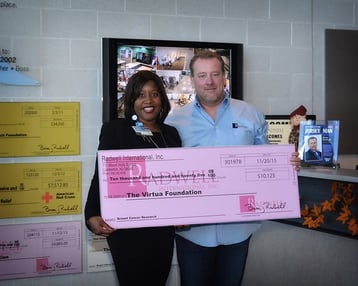 Like most companies, the story of Radwell International is one of humble beginnings. The company story began 38 years ago in Mount Laurel, NJ and has survived and thrived through many changes. Brian Radwell, too, has gone through his share of challenges, both personal and professional. To read the detailed story of Radwell, you can check out this blog post The Story of Radwell.

To truly understand the Radwell story, you have to understand a little bit about Brian Radwell's motivation, which stems from supporting his father who was the kindest man in the world according to many people within the company who knew him when he was alive. I had the rare opportunity to ask Brian Radwell a question about fear of failure and the family culture of giving back . His answers were honest, at times humorous, very enlightening and refreshingly simple. The success of Radwell International has grown on the backs of many individuals operating as both a team and a family of sorts. Brian has been right there throughout the journey, standing beside his team and creating not only a hands-on mentality but a great sense of urgency and a clear vision for the future. He says in some ways he got lucky with the timing of his efforts. The philosopher Seneca said that luck is preparation meeting opportunity and in no way is it more evident than in the growth and success of Radwell International.

Giving back has always been very important to Brian Radwell. Back when he was in high school he would always look out for younger kids who got bullied. He is someone who naturally looks out for others and he can't stay on the sidelines without doing something to make a difference. That is just the type of person he is. He feels that it is the responsibility of all business owners to help in the community in whatever way they can. As a result the company culture at Radwell International is one of gratitude for successes and of giving back to the community in equal parts. Giving back happens in a variety of ways. 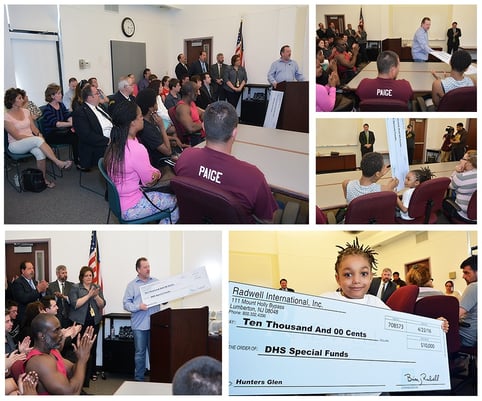 Shortly before the company's move to a new headquarters building, there was a fire that damaged an apartment complex not far from where the new headquarters building would be. People were displaced including many families with young children. Brian donated money to help the families who were displaced. He also attended a brief ceremony where he got to meet the families and to share a bit about his story. He spoke about some of the struggles he had and some of the many set backs during the time he was founding the company and how the smallest amount of help made such a difference for him. It was not merely the donation but the connection that he was able to make with these families that created a sense of hope for the future.

The culture of help, support and volunteerism extends to his employees. ROCK (which stands for Radwell Operation Caring Kindness) was founded in 2013. ROCK basically provides opportunities for Radwell employees and their families to donate time and effort to various causes that support the community. Volunteers may give up their lunch hour or an hour after work to volunteer to help. Donations to many causes happen throughout the year. School supply drives, Thanksgiving food drives, toy drives, bike races and marathons are just some of the many ways employees have the opportunity to contribute their time and donations to a community cause. This volunteer effort is now international with all Radwell branches in the US as well as three other countries contributing.

Other charitable donations occur for causes that are close to the heart of Radwell employees and Radwell's business culture. Educational efforts, community support, and breast cancer research are just a few examples of how Radwell International has supported the community. Due to volume of donation requests, Radwell International has a strict vetting process.  Donations are not made arbitrarily or based on requests. They are actually tied in some way to a cause or effort that is relevant to the company and its goals.

By giving back, Brian Radwell, through his company, continues what will surely be a legacy of community support but also of looking out for others. He would rather be a support than a burden to anyone and the company he helped create continues to do the same. A great benefit that comes along with success is the ability to give back to others. With success comes responsibility and he has taken that responsibility to heart.

For more information about the story of Radwell, visit Radwell.com