Trusting Automation: Why Should Robotics Be Used and When

The three often-discussed three Ds of robotics are "dull, dirty, and dangerous." They relate to the question, which is not asked often enough, "Do you want to build an automated system to do that task?" 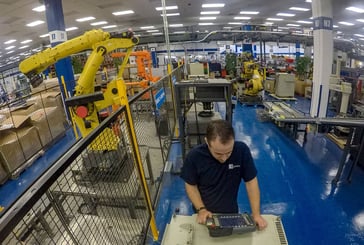 When asking the question, getting a hit on any one of the three Ds tells you to at least think about automating the task. Getting a hit on two of them should make you think that your task is very likely to be ripe for automation. If you hit on all three, it's a slam-dunk.

When we look into developing automated vehicles (AVs), we get a hit on "dull" and "dangerous." Driving can be excruciatingly dull, especially if you're going a significant distance. That's why people fall asleep at the wheel. I daresay everyone has fallen asleep at the wheel at least once, although we almost always wake up before hitting the bridge abutment. It's also why so many people drive around with cellphones pressed to their ears. The temptation to multitask while driving is irresistible for many.

Driving is also dangerous. Tens of thousands of people die every year in car crashes. It's safe to say nearly all those fatalities involve cars driven by humans. The number of people who have been killed in accidents involving driverless cars can (as of this writing) be counted on one hand.

For AVs to be safer than manually driven vehicles, the technology will develop until they are. It's not a matter of if, but when.

This is the analysis most observers (if they analyze it at all) come up with to prove vehicle driving should be automated.

Yet, opinions that AVs are acceptable, let alone inevitable, are far from universal. In a survey of 3,000 people in the U.S. and Canada, Ipsos Strategy 3 found 16% of Canadians and 26% of Americans say they "would not use a driverless car," and a whopping 39% of Americans (and 30% of Canadians) would rarely or never let driverless technology do the parking.

Why would so many people be unwilling to give up their driving privileges? It has to do with a parallel consideration every bit as important as the three Ds when deciding whether to automate a task:

Predatory animals, especially humans, like to drive. It's fun. Just ask any dog who has a chance to go for a ride in a car. Almost universally, they'll jump into the front seat as soon as you open the door. (In fact, if you leave dogs in the car unattended for a few minutes [watch the temperature, please], they'll be behind the wheel when you come back!)

Humans are the same way. Leave 'em unattended in a car for any length of time, and they'll think of some excuse to get behind the wheel.

The Ipsos survey also found 61% of Americans and Canadians identify themselves as "car people." When asked, "What would have to change about transportation in your area for you to consider not owning a car at all, or owning fewer cars?" 39% of Americans and 38% of Canadians responded "There is nothing that would make me consider owning fewer cars!"

The excuse for getting behind the wheel is largely an economic one: 78% of Americans claim they "definitely need to have a vehicle to get to work." In more urbanized Canada (Canadians cluster more into cities) that drops to 53%.

Whether those folks claiming they have to have a car to get to work is based on historical precedent, urban planning, wishful thinking, or just what they want to believe, it's a good, cogent reason why folks, especially Americans, hang onto their steering wheels for dear life.

Driving is something humans like to do, and getting them to give it up will be a serious uphill battle for anyone wanting to promote driverless cars.

Yet, development of AV technology is going full steam ahead. Certainly, spending tons of money for the latest technology has some appeal. I submit, however, the appeal is short lived for some applications.

For a wide range of applications, driving a vehicle is no fun at all. For example, the first use of drone aircraft was as targets for anti-aircraft gunnery practice, which is a very practical application. Most commercial driving jobs could stand to be automated. For example, almost nobody actually steers ships at sea anymore. They generally stand around watching an autopilot follow a pre-programmed course. Why? Veteran boat pilots will say the captain has a lot more fun than the helmsman. Piloting a ship from, say, Calcutta to San Francisco has got to be mind-numbingly dull. There's nothing going on out there on the ocean.

Boat passengers generally spend the most time staring into the wake, but the helmsman has to spend time scanning a horizontal line separating a light-blue dome (the sky) from a dark-blue plane (the sea) in the vain hope something interesting will pop up and relieve the tedium.

Flying a commercial airliner is similar. It has been described (similar to many tasks) as: "Hours of boredom punctuated by moments of terror!" While such activity is very Zen, it's not top-of-the-line fun. I'm convinced that humans' ability to meditate was developed through cave dwellers having to sit for hours, or days, watching game trails for the next meal to wander along. Sometimes driving is fun, and sometimes it's not. Advanced AV technologies can cover those tasks where it's not.

View the original article and related content on Control Engineering