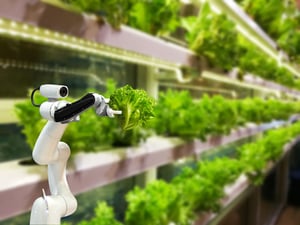 Companies today see the potential that exists with automation. When looking towards the optimization of a facility, it is imperative to plan and understand the needs of the operation. Depending on each given business, different automated applications will be best-suited for each respective operation.

Automation is reinventing every single industry from agriculture, industrial operations, and even transportation. A lettuce company opened an Indoor robotics farm called “RoboFarm” that can collect 30,000 heads of lettuce on its own self-harvesting platform. Fulfillment centers are also getting smarter and more cutting edge with their operations. Warehouses not only have their own retrieval systems, but also programmed robots to aid their human workers. Instantaneously, these robots know the exact location of an order as soon as it’s placed. Looking toward the future of automation, the way we know transportation today may be a distant memory. Many see the goal as replacing all human drivers with autonomous vehicles. This refers to personal vehicles and also replacing semi-trucks with automated drivers. Looking at the efficiencies and savings that come from automation, it has become an important aspect of business operations. Given this, its important to understand the benefits that automation can bring to a business before the investment is made.

Distribution centers are looking towards various robotic applications to optimize their productivity and profitability. Form the beginning, an estimation of around 40,000 robotics were circulated worldwide. By 2021, it’s projected to reach 620,000 units and account for a 22.4 billion market value. Warehouses and fulfillment centers are continuing to look for more automated solutions to keep up with competition. This will then create not only a smarter but also a safer environment. Learn more about what industrial automation is here. 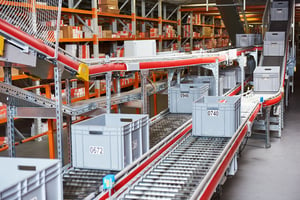 elf-regulating machinery isn’t only present in industrial industries. It is present in everyday life as well. From the self check out at the grocery store to discussing a customer inquires online with a “chatbot”, automation both indirectly and directly affects consumers. When a company uses automation, it’s not only optimizing a faculty but also passing that efficiency along to their customers. Therefore, these corporations not only make workflow better but in the same process can increase customer satisfaction. On the flipside, however, many people see automation leaning towards a company being disconnected from their customers by eliminating that traditional personal touch.

Many of the systems that have been put in place still rely on some human involvement. However, with the incorporation of artificial intelligence software, that involvement is dwindling. AI is an aspect that is advancing and growing. It is a critical component when optimizing facility operations. This software is not only self-sufficient but is also able to learn and improve its processes on the spot. Artificial Intelligence can make a smarter decision with a higher degree of confidence. This software also provides the opportunity to identify and find patterns within a business. AI can predict a particular outcome and then create an insightful recommendation that was unbeknownst to a human. Alongside this, industrial automation also incorporates programmable logic controls (PLCs) in its systems. PLCs allow for modification of various controls through programming. They are used as a memory bank for different autonomous instructions and functions. While like a computer, PLCs are better suited for an industrial environment since they are best used for control tasks.

Productivity is key for any operation. Automation, with the inclusion of aspects like AI and PLCs, is optimizing industries. Taking advantage of this new era of technology is an area all business can get involved with. In any industry, there are repetitive tasks that can be improved for better efficiency with the implementation of automation.