The Evolution of the Servo Motor 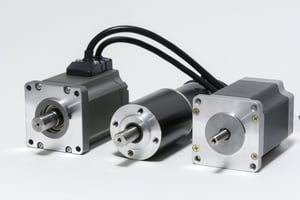 Servo motors allow for accurate control and precision inside a closed-loop circuit. These motors aren’t necessarily a specific type of motor but rather a combination of certain parts. These devices have been cultivated and improved since the 1800s and have been used in a multitude of different applications. Learn more about what a Servo Motor is here.

Many inventors throughout history are acknowledged for their participation in the invention of the electric motor. The early days of servo motors started with Alessandro Volta and the battery, Hans Oerstad and the generation of magnetic fields, and Michael Faraday with his discovery of electromagnetism. However, Mortiz Herman Jacobi was the first to create a working rotating electric motor. Jacobi, an engineer and physicist, introduced the first running electric motor in 1834. His motor could lift around 11 pounds at a speed of about one foot per second (15 watts). Four years later, he was able to adapt and improve upon his invention. This new motor broke his previous world record and was able to power a boat across a river, which held fourteen passengers on board. Beginning in the 1840s, other inventors began to produce their own motors and later out perform Jacobi’s model. 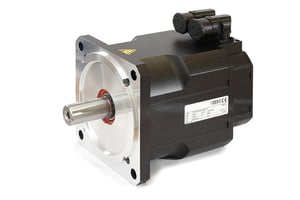 In 1835 Sibrandus Stratingh and Christopher Becker saw what Jacobi accomplished and they wanted to develop an electric car motor. They were able to build a small (7lbs) three-wheel car that was able to drive between 15 to 20 minutes. Another inventor during this time period was Francis Watkins who assembled the first electric “toy”. He is credited with being one of the first to understand the concept of a reversal motor generator.

Thomas Davenport was the first person that was granted a patent for the electric motor in 1837. Many US history books attribute Davenport as the inventor even though many European inventors were ahead of him. He was, however, the first American inventor and the first to be given a patent for his work. Then from 1837 to 1866 European inventors received hundreds of patents for their electrical motors. Following that Davenport’s patent become worthless and had little influence on the further future of electrical motors.

While these inventors are credited within their own craft, these early engineers didn’t develop the modern motors we have today. The DC servo motor wasn’t developed from these early catalysts. Instead, it began from the development of dynamometers. In 1856 Werner Siemens is the first to build a double-T armature winding, which is a big move in the development of electrical motors. From the double-T armature, Siemens was able to create a dynamo-electrical machine. In 1871 The double-T armature ran into problems when producing a “pulsating direct current”. However, Zenobe Gramme was able to fix this with his own invention, the anchor ring. This enabled the production of a fluent DC current.  This technology is outdated and no longer used today but it impacted the evolution of the servo motor.

The beginning phase of servo motors were permanent magnet direct currents. Inside the early version of these motors are “brushes” that were used to transfer electricity, which caused wear and ended up negatively affecting the motor. This then led to the development of brushless servo motors to counteract that dilemma. With these new brushless servo motors, motors lasted longer than before. These advancements didn’t stop there, and this system still had its limitations. This motor was still only usable in low power applications. This then gave rise to the AC servo motor. AC servo motors are commonly used today in industrial manufacturing since they are optimal for high power systems.

Servo motors are used in automated manufacturing. Examples of motor applications include inside CNC (Computerized Numerical Control) machines and also in applications like power windows and automatic sliding doors. Servo motors are also used in robotics, where a motor is placed at every moving joint of a robot.  These motors are an efficient and critical component for many different applications today.

Through the years, servo motors have developed and changed. These motors are manufactured using the most advanced magnet technology, making the motor function at its highest performance. Taking a step backward to the start, it’s important to see all increments and people who had a hand in making the servo motor what it is today.

Learn more about what a Servo Motor is here.

For more information about Radwell