Will Automation Take Away Jobs?

By Julie Basello and Shannon Feeley

Automation is constantly progressing in many industries and especially in the manufacturing industry. Adopting automation has changed the way the world works by making difficult or repetitive tasks easier and more efficient. Many agree that it has changed the world for the better. However, automation sometimes gets a bad reputation. There is a prevailing school of thought that believes automation will eventually take away employment within the manufacturing industry. It’s a layered concept to consider and it isn't a simple issue. In fact there are actually many aspects to the concept of automation taking away jobs. Let's explore some aspects of automation in manufacturing. 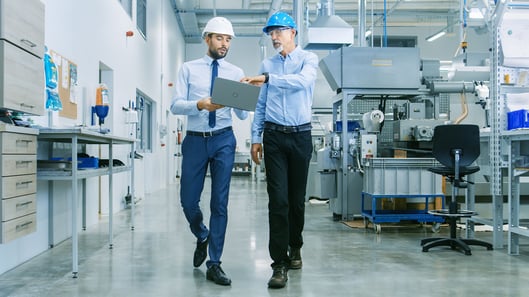 Programmable automation is a slightly more flexible type of automation that allows a shift in the amounts being manufactured. The equipment can be programmed. This is beneficial when manufacturing batches of a product.

Flexible automation is an agile or flexible form of automation in manufacturing. This machinery can easily be programmed to switch up production of products or quantity.

Each of these types of automation aid in increased safety, reduction of costs, increased product quality and decreased room for error. Manufacturing as a whole is becoming more and more technologically advanced and the industry is seeing the benefits of automation. 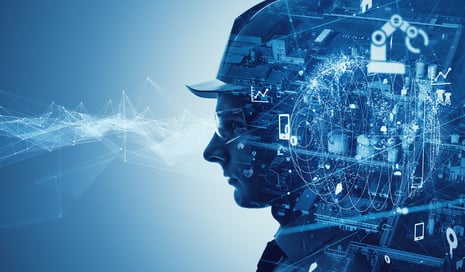 Will automation take jobs away? Because of automation, manufacturing plants do have fewer workers on the floor. Machines can replace some duties that workers have typically performed in the past. These machines can perform many tasks in a more efficient manner than human workers can. If this situation is observed from one perspective, one could argue that automation is, in fact, taking jobs away. But let’s look at this issue from different perspective.

When a company performs well it is considered successful and success leads to growth. New employees are needed throughout company growth.

Along with this, new industries have the potential to open due to new technology. Technology can give access to new areas, which can create new or more advanced lines of work. Automation isn’t necessarily taking jobs away, it is displacing or disrupting them. It is removing more basic positions and is instead, creating more advanced positions for humans within a manufacturing environment.

History shows that technological advancement and automation creates jobs. Since the industrial revolution, technology has been replacing the duties of human workers. Since then, there has been fear of job loss due to automation. But with every advance in technology, humans are still needed to perform work. In addition, humans are needed to program the very machines that are replacing low level positions. Because of technological advances, a smarter plant floor is emerging. Low level positions are being replaced with engineering, programming and specialized positions requiring a higher level of education and providing better compensation to workers. Automation is raising the bar for humans and providing them with the opportunity to get better education, perform more advanced tasks and receive better pay.

What happened when early computers were invented? Computers took over menial and tedious tasks and replaced humans. From there, people were able to do more meaningful work, and multiple new industries were created. We now have computer science, cybersecurity, and information technology, along with many more careers involving technology.

There is no doubt that automation is a disruptor in many industries and especially in manufacturing. But the benefits that stem from advancements in automation are ones to be excited about. Along with replacing certain types of jobs, automation will create new and more skilled opportunities for workers. With progress comes change and change is never really a bad thing. Operational changes have been occurring throughout history and progress will continue as advancements in technology continue to evolve.

To listen in to relevant discussions on business and manufacturing topics, visit Radwell Automation Nation Podcast at the link or wherever you listen to podcasts