The Father of PLC's:How Richard Morley Revolutionised the Automation Industry

It’s been 51 years since the birth of the Programmable Logic Controller. We look back at the history of the PLC and how replacing hard wired relay systems changed the world of manufacturing.

It was the year 1964 when a young cunning engineer, Dick Morley, was unemployed, had a new baby, a mortgage to pay and only $1,000 in the bank. Morley had previously worked a desk job designing atomic bombs, aeroplanes and communication systems performing the duties he was instructed to do. Morley did not enjoy his job, and, at that time, he had no plans in the pipeline to create such an influential piece of automated equipment. After finding his passion for skiing, Morely quit his job and focused on his hobby which eventually lead him to engineering ideas.

Morley eventually opened up his own professional consulting firm with friend Geogre Schwenk under the name ‘Bedford Associates’’ located in Bedford, Massachusetts, USA. Morley and Schwenk worked with local machine tool firms to help them evolve into the new, solid-state manufacturing sphere. Unfortunately, as his firm progressed, he began to notice that each project he worked on was practically the same; the manufacturing industry was using similar minicomputers and Morley found himself bored.

With his creativity and his engineering motive to ‘make things work’, Morley started to wonder if he could invent a controller which could automate industrial process with multiple input/output arrangements in real time. This would alternately replace the likes of hard wired relay control systems.

Before the 60’s, production lines were operated by relay controls system rooms. Control rooms consisted of walls containing relays, terminal blocks and a mass of wires. This contributed to many problems such as lack of flexibility to expand the process and the time consumed to adjust process when changes had to be made. Technicians and control engineers faced continuous problems and the adage “Five hours to find it, five minutes to fix it” was established.

Morley started to draft up a proposal, but it wasn’t until New Year’s Day that Morley put his ideas onto paper whilst nursing a hangover. On that day, he managed to map out the functions of a Programmable Logic Controllerwhich would later revolutionise the way engineers operated production sites.

Together Morley, Mike Greenberh, Jonas Landau and Tom Boissevain designed the PLC and called it 084 as it was the 84th project that the company Bedford Associates had worked on. Morley already had visions of what the programmable logic controller would look like; he wanted no interruptions in processing and direct mapping into the memory.

Fifty one years later, a vast majority of factory lines around the world are operated by a Programmable Logic Controller from over a range of popular manufacturers such as Modicon (now known as Schneider Electric),  Siemens, Fanuc and Omron. Maintenance managers depend on PLC's to run factory floors and keep up the demand of process and production.

The Programmable Logic Controller has been an integral part of automation and industrial process control for decades, with a varied range of applications it can control chemical plants, food processing sites environmental systems and even a simple light. The PLC can read signals from various sensors, keyboards, switches and input devices. Output devices include motors and solenoid valves that complete the full automated system. The PLC can run both dc and ac input/output modules, changing voltage, direction, speed and set times; the relay can only be switched on and off one direct, unable to change voltage and speed.

Dick Morley generated a revolution in the automation industry, compacted a clever CPU into a unit and took away the element of hard wiring relay systems that provided engineers with many technical difficulties. PLCs continue to be advanced technology that can be developed just like consumer electronics. 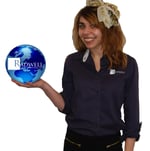